The new hosting centre for the Mondial Pupilles for the 2022 edition.

It was in 1921 that the football team "Trégunc-Sport" was created. That same year also, the team "Les Lions de Saint Marc" was created, but this last only played for four years before returning to the fields in 1946. In 1971, these two teams merged to form the" Union Sportive de Trégunc".
For this 2022 edition, the club of Trégunc becomes the 12th host centre of the Mondial Pupilles! The club of Trégunc is very proud to participate for the first time in this beautiful adventure by receiving in particular 7 feminine teams which represents approximately 140 players and supervisors.

The selection which will take part in the girls' Mondial Pupilles will be made up of players from clubs in the CCA (Concarneau Cornouaille agglomeration= Community of Municipalities ) area.
"I would like to thank the town council for its support as well as the committee organising the Mondial Pupilles for the trust placed in me. I believe that the Mondial Pupilles will allow, beyond̀ sport, to contribute to the influence of the town and the territory. I will do my utmost to make this football festivity a success. In particular, it will be necessary to identify 90 host families to take care of the young players and their supervisors. " Jacques Naour, the club's president, emphasises 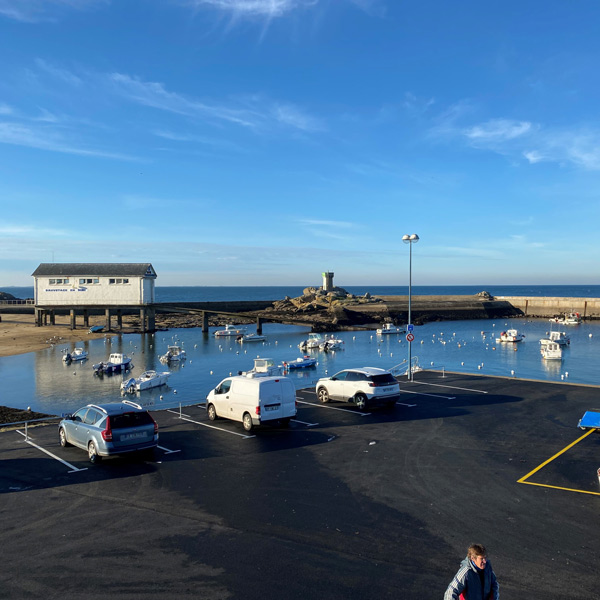 The town of Trégunc is located on the Atlantic coast, in Finistère, south of Concarneau and west of Pont-Aven.
It is one of the largest towns in Finistère, with many villages and hamlets. There are several fine sandy beaches and a protected natural area for fauna and flora around the Trévignon marshes.
Numerous granite balls dot the landscape of Trégunc, including three trembling rocks, the most famous being the trembling rock "Men Dogan", near the village of Kerouel, also known as the "Cuckold's Stone" because, according to legend, only cuckolds fail to shake it.
Trégunc has 23 km of coastline because it is very rugged: to the west, bordering the former town of Lanriec, now Concarneau, the "anse de Pouldohan" is a ria with multiple indentations, divided mainly into two main parts: the north-eastern branch forms the "Anse du Moulin à Mer", which is extended upstream by the ria du Minaouët, and which itself has a branch, the "Anse de Kerambreton"; the south-eastern branch, separated from the previous one by the" Ponte de Grignallou", the "Anse de Pouldohan" stricto sensu is also subdivided, its eastern part forming the "Anse de Ster Greich". The Anse de Pouldohan which is shallow, opens up widely at low tide.